This is a guest post from professional trader David Blake.

I wanted to share my trades on AMC, the cinemas, from yesterday’s action on July 21, 2021.

Brent did a great YouTube video in the day and that’s worth a watch to set context if you weren’t following play:

My setup from the start had a bearish head on two fronts.

First, we had a lot of resting liquidity at the $40 handle and second, $40 was where the money was at for the key strike per Equity Hub (available to SpotGamma Pro subscribers).

Of course, what leads and what lags is a long debate I’m sure… Either way, my futures lens is that liquidity is a honey trap and the price was always gonna struggle not to go there.

My first trade at 1:00 was a long after London had closed (charts are +5 hours ET). After seeing The HIRO Indicator line turn up, I was thinking we’d scoot up to the VWAP and VPOC levels, but having got in, I
wasn’t so convinced since I was trading counter. So I closed out with some easy greenery ahead of my
target.

The next trade at 2:00 was a little later when the chart was turning south and the live unicorns were
defo going home. See the action below on the HIRO Indicator with some nice red triangles to boot it down.

My average in was $42.20, and I’d sold 3 times behind those triangles adding weight more convinced of a move down to the $40. I took partials under $41 and then most off front running ahead of the $40 liquidity leaving a little in case we broke $40, which we didn’t. 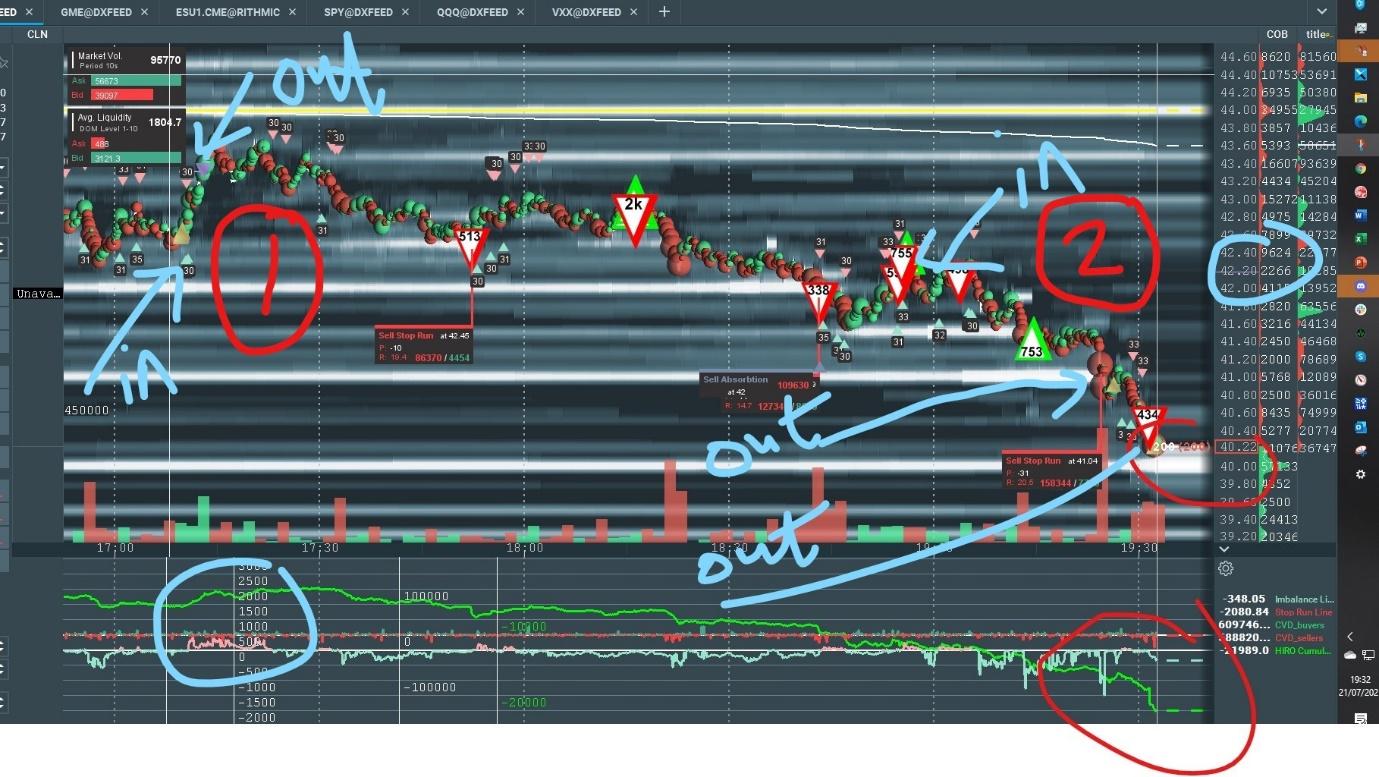 Overall a simple play, yet powerful to snag some points using one full depth of market chart and the
tool bag from SpotGamma.